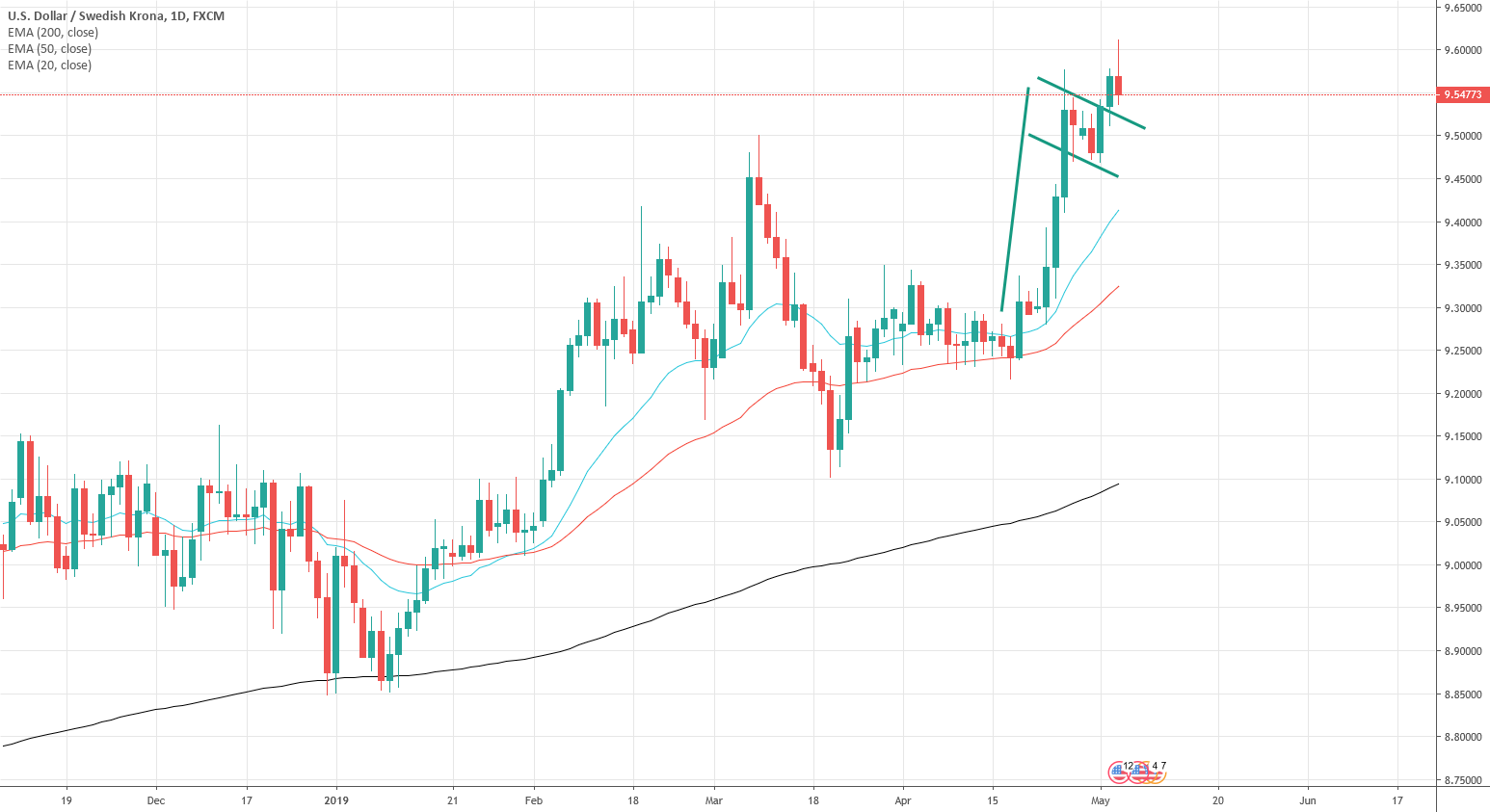 The US dollar initially rallied during the trading session on Friday as we got the jobs number, but has pulled back a bit against the Swedish krona , which is a simple function of the fact that perhaps we are a little bit overbought, but ultimately there is significant support just below. Quite frankly, this could end up being a nice buying opportunity for those who are willing to take the chance.

The 9.45 level was shown as supported previously and that should extend to the 9.5 level. Because of this, we have a nice range from which to start buying after a negative candle stick for the Friday session. If that ends up being the case, it’s likely that this pullback will be yet another buying opportunity. The market has recently formed a little bit of a bullish flag , and it measures for a move towards the 9.8 level, perhaps even the 10.0 level over the longer-term.

The pair does tend to focus on risk appetite, with the Swedish krona being a proxy for risk. As the US dollar has strengthened against most currencies around the world lately, it makes sense that it translates to a higher market here. It is not until we break down below the 9.45 SEK level that I would be concerned about the uptrend. You can see that the 20, 50, and finally the 200 day EMA are all moving in the same direction, showing that we are in fact a very bullish market.

I would anticipate a lot of trouble at the 10.0 SEK level, mainly because it is such a psychologically important figure. Beyond that, there is nothing special about the handle but a lot of people use these big figures to get out of a market.