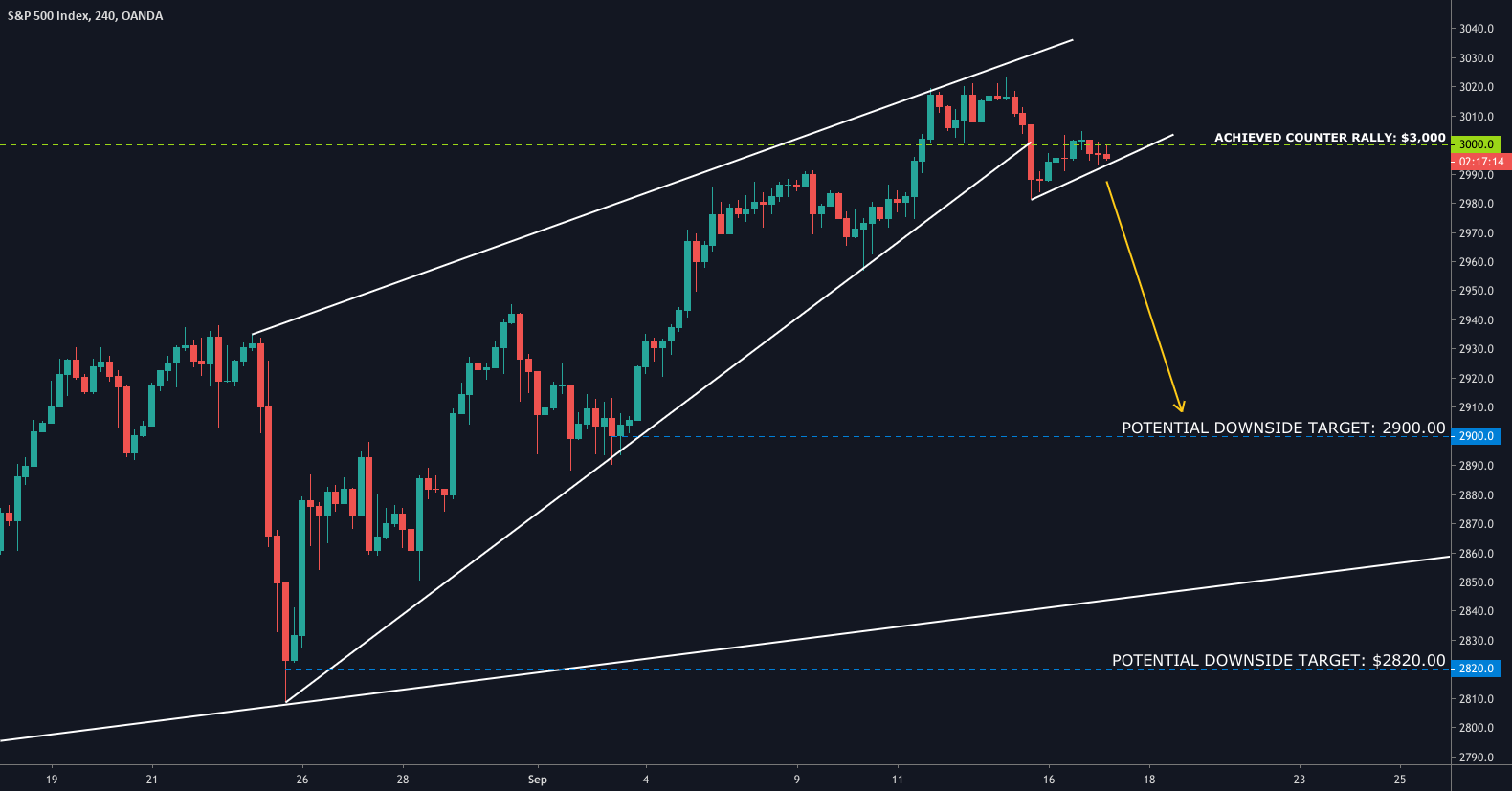 Last week the S&P 500 rallied reaching our target of $3,000 off of positive U.S.-China trade news. Just last week China purchased $67 Million in Soybeans . In addition, Trump announced that he is open to an Interim-Deal with China, as they look to settle.

According to CNBC, they believe that this trade war has shifted the global economic environment, stating “It is the decoupling of the world’s two weightiest economies, that of China and the United States. The process seems as inescapable as its extent and global impact remains incalculable.”

Albeit, the news is gloomy on this trade war, the short term victories have caused heavy positive price movements in U.S. stocks.

In our S&P 500 update for this week, we see price may have extended its emotional gains and profit-taking is in store. Last week finished up +0.82% it was -1.26% lower than last week, showing signs of weakness to the downside.